Adriatic on the amazing boat tour in 8 days – Croatia

Day 1: Saturday Kotor – Dubrovnik
Check in starts and afterwards you have enough time to make yourself at home and meet the other guests and crew with traditional welcome drink.

Kotor has one of the best-preserved medieval old towns in the Adriatic and is a UNESCO World Heritage site. Take a walk up the steep city walls that snake their way over the mountainside for magnificent views of the bay, or enjoy a leisurely stroll through the winding lanes and charming squares that make up the old town.
The Bay of Kotor is dubbed Europe’s southernmost fjord and the setting could not be more magical: a beautiful bay fringed with mountains, yachts bobbing in port, swimmers in the clear blue waters, fine Venetian-era buildings to admire and all
around wonderful warm sunshine. We start to navigate in direction of Dubrovnik ( 5 hours of navigation approximately).

We will drop the anchor in front of amazing Dubrovnik. A city tour will uncover one of the world’s most beautiful towns, a walled wonder that has been welcoming traders and visitors for hundreds of years. Enjoy a stroll around the charming car-free old town, packed with aristocratic palaces, baroque churches and medieval fortifications.

Day 2: Dubrovnik – Island Mljet
Morning spend in Dubrovnik. We will sail in direction of Island Mljet . Mljet is the most beautiful and most forested island in the Adriatic and one of the most beautiful pearls of the Mediterranean. Untouched nature, the island’s mysticism, olive groves, vineyards and rich forests are ideal places to research the rich flora and fauna, and to peacefully enjoy the pristine beauty of the natural surroundings. Preserved from the Illyrian period, there are many fortifications and tombs, and the best preserved are those on the hill of Veliki Gradac, Veliko jezero and the fortress at Vodice, above the water source at Vodice at Babino Polje. The Roman Palace, which is the largest after Diocletian’s Palace in Split and the Arena in Pula, is a part of the valuable heritage of the island of Mljet.

Day 3: Island Mljet- Island Korcula
The island of Korcula is one of the greenest islands in the Adriatic Sea, with abundant vineyards and olive groves. Its southern coast is formed by small beaches and quiet coves. Korcula is located about 20km from the mainland between Makarska and Ston on Peljesac
peninsula. Its south side is very rich in small beaches and over 200 caves. The city of Korkula appears as a typical medieval Dalmatian town, with towers and defense red-roofed houses.

They say that Marco Polo was born here (1254 – 1324), the wayward traveler to China, and Mongolia. And in fact the museum is one of the many cultural centers that Korcula offers to its visitors. In addition, since Korcula is bound to medieval battles, they preserved the tradition of chivalry dances held throughout the island.

Day 4 : Island Korcula – Island Vis
Vis is a small island in the Adriatic Sea. Swimming on Vis is an unforgettable experience firstly thanks to the clearness of the open sea that surrounds it. No matter whether you are looking for an escape from the heat by jumping into the sea into St. George’s Bay itself, or that you have abandoned yourself to the unusually strong
currents and gentle caress of undersea fresh water springs in Molo Trovna or even better: you are aimlessly floating on an inflated crocodile in the middle of the Zoglov sand bay, Vis’ sea is what remains in your memories and cannot be expressed. Its interior particularly preserves this unwritten and unknown past of man on an island tailored to his size.

Arriving in Vis and focusing just on its sea and shore is the “privilege” of fanatical seamen who visit the land only when they have to make necessary provisions. The rest of us are called to the Vis hills and valleys; it is time for an excursion into the field.

Day 5 : Island Vis – Island Hvar
The town of Hvar, situated on the southwestern coast of the island, is one of the most visited tourist destinations in Croatia. Its popularity is due particularly pleasant climate with abundant sunshine, fairy atmosphere, stone architecture and natural beauty of
the indented coastline. While on Hvar it is easy to reach other attractive destinations on the island. Don’t miss to visit one of the oldest settlements on this side of the Adriatic:Stari Grad. Surrounded by sandy beaches and dense pine forests, just a 15 min. in car from Stari Grad, there are Jelsa and Vrboska. Very next to Jelsa, on the south slopes of Hvar, lays Ivan Dolac and Zavala, both famous for its vine and small pebbly beaches.

Traveling in direction to east, on the end of the road, small town Sucurai with its ferry port is another point of connection of Hvar island with the mainland.

Day 6: Island Hvar – Island Brac
Brac is the largest among the central Dalmatian islands, and also the highest among Adriatic island with 778 meters. Symbol of the island is Zlatni rat in Bol, on the island’s south side – one of the most beautiful beaches in the entire Adriatic. However, it is not only a place of exceptional beauty, but also full of traditions and secrets that will make your vacation complete. Brac island historical heritage and a vital folk culture provide a perfect
setting for a vacation filled with unforgettable experiences. Brac quarries are the symbol of the island. from there stone is taken out since the time of Roman rule until today.

The interior of the island today are engaged in cooperative cattle breeding and production of various products from sheep meat and milk. Brac is the most famous for specialty vitalac which consists of sheep intestines prepared on an open fire. Among the wines that are produced on the island, Bolski Plavac has a special place.

Day 7: Island Brac – Split
The second-largest city in Croatia, Split (Spalato in Italian) is a great place to see Dalmatian life as it’s really lived. Always buzzing, this exuberant city has just the right balance of tradition and modernity. Step inside Diocletian’s Palace (a Unesco World Heritage site and one of the world’s most impressive Roman monuments) and you’ll see dozens of bars, restaurants and shops thriving amid the atmospheric old walls where Split life has been going on for thousands of years. To top it off, Split has a unique setting. Its dramatic coastal mountains act as the perfect backdrop to the turquoise waters of the Adriatic. You’ll get a chance to appreciate this gorgeous cityscape when making a ferry journey to or from the city. Split is often seen mainly as a transport hub to the hip nearby islands (which, indeed, it is), but the city has been sprucing itself up and attracting attention by renovating the old Riva (seafront) and replacing the former cement strolling ground with a marble look. Even though the modern transformation hasn’t pleased all the locals, the Riva is a beauty.

Day 8: Split
On this day cruise finish, guests must leave the boat until 09:00. 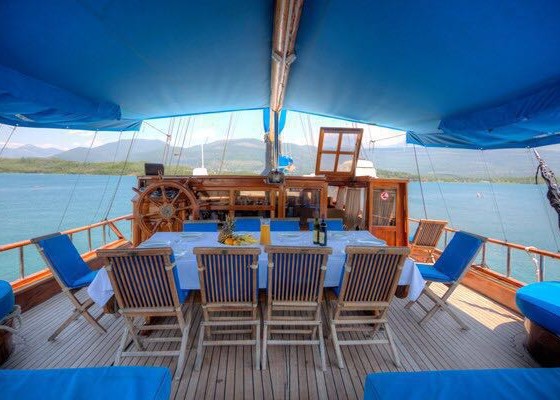 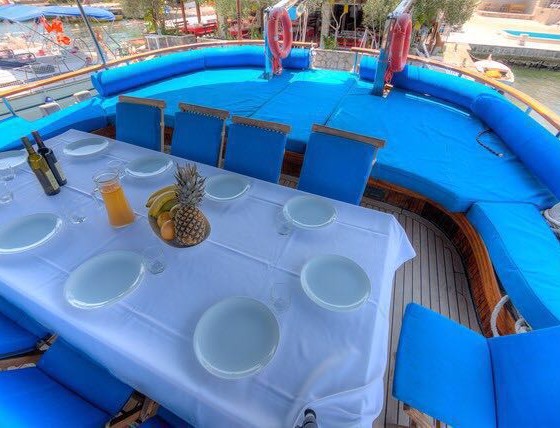 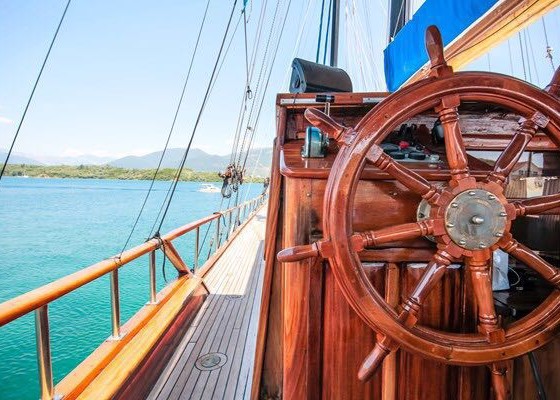 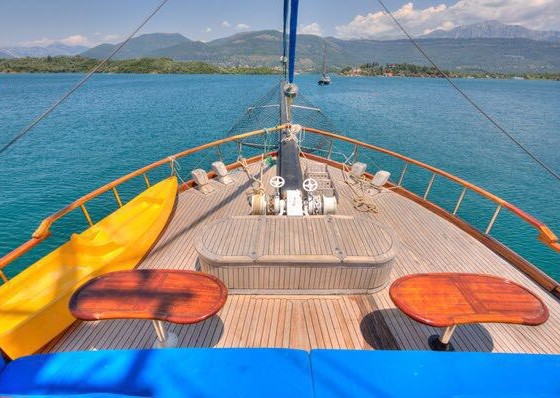 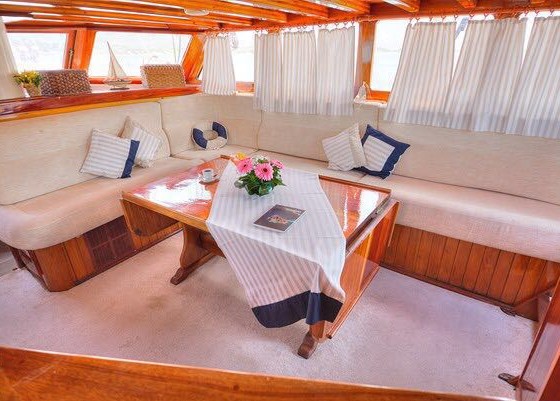 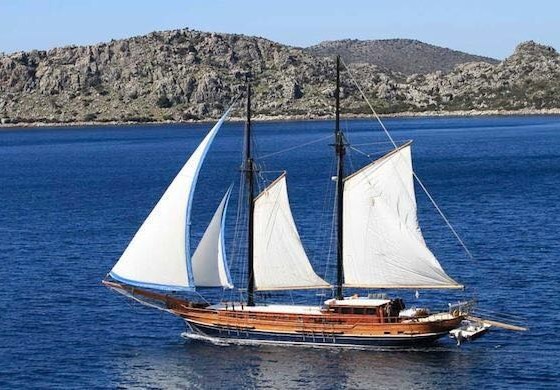 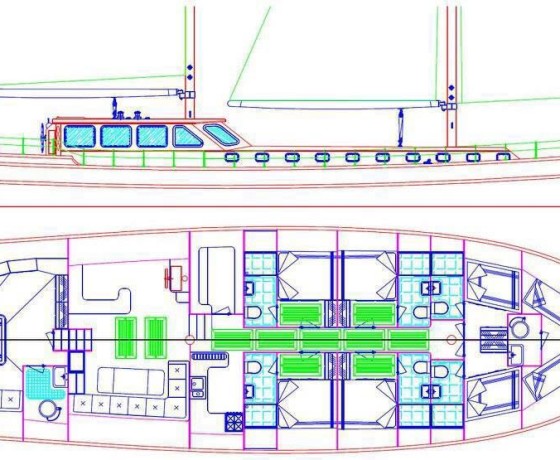 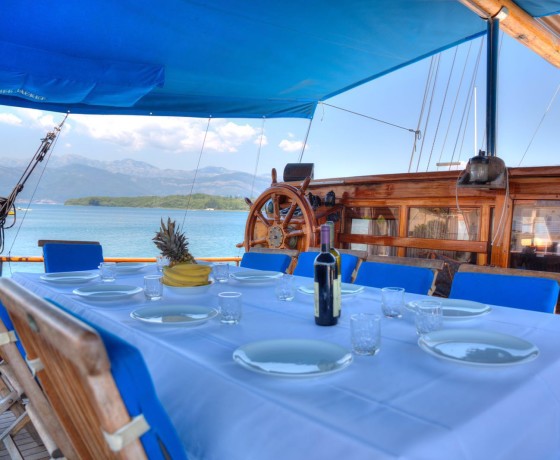