The best tour in Turkey

If you are looking for something special and extraordinary then look no further. From the minarets of Istanbul to the fairy chimneys of Cappadocia and beautiful views of the Mediterranean coast in Antalya. The best package for a short visit in Turkey, including Istanbul – Antalya & Cappadocia.

This an exquisite tour for you with all the bells and whistles. There are no long bus rides just domestic flights getting you to your destination comfortable and relaxed. By booking that tour, you will be able to see Istanbul, Mediterranean Region and Central Anatolia.

An Ideal tour for these who loves history, culture, sea, sand and parties for their holiday in Turkey!

During this deluxe tour, your guide and car will be ready to serve you 24 hours a day. We want you to enjoy this luxury tour at its best, if you need any change in your program, we are ready to make these for your comfort.

We want to offer the best and the most luxurious travel throughout Istanbul to Antalya and Cappadocia whilst maintaining quality of service, quality of life and value for money.

Meet at the airport and transfer to your hotel. You will be given your room key and the rest of the day is yours to explore Istanbul. Overnight in Istanbul.
There are two airports in Istanbul. Istanbul Ataturk airport is 20 km away from city center and Sabiha Gokcen airport is 55 km away from city center. Transfer from Ataturk airport to your hotel is included, if you arrive to Sabiha Gokcen airport please contact us for transfer rates.

(Breakfast included)
Pick up at 08:30am from your hotel for a day tour of old Istanbul city.
Visit to ST. SOPHIA This ancient basilica, built by Constantine the Great in the 4th century and reconstructed by Justinian in the 6th century, is one of the architectural marvels of all time. TOPKAPI PALACE The great palace of the Ottoman sultans from the 15th to the 19th centuries housing an exquisite collection of crystal, silver, and Chinese porcelain, robes worn by the sultans and their families, the famous jewels of the Imperial Treasury, miniatures, the Holy Mantle; enshrining relics of the Prophet Mohammed. SULTANAHMET IMPERIAL MOSQUE Across from St. Sophia built in the 16th century by the architect Mehmet, is known as the BLUE MOSQUE because of its magnificent interior decoration of blue Iznik tiles.

HIPPODROME Ancient Hippodrome, the scene of chariot races, with the three monuments; the Obelisk of Theodosius, the bronze Serpentine Column and the Column of Constantine. Lunch break at 13:00pm after the lunch Antropoti will then take you to the GRAND COVERED BAZAAR In this labyrinth of streets and passages are more then 4, 000 shops with each trade having its own area: the goldsmiths street, the carpet sellers, Turkish arts and crafts, such as hand painted ceramic plates, hand – honed copperware, brassware and trays, water ewers, onyx – ware and meerschaum pipes. After the tour, transfer back to your hotel.
Overnight in Istanbul.

Please Note: Hagia Sofia is closed on Mondey, Topkapi Palace closed on Tuesdays, and Grand Bazaar closed on Sundays. If your tour is on one of these days we would offer you to visit Underground Cistern instead of Hagia Sophia and Topkapi palace museum, instead of Grand Bazaar you will visit Spice Bazaar.

(Breakfast, Local dinner included)
After breakfast at 08:30 depart for Bosphorus Cruise tour. Enjoy the array of sites you can see from the boat including: SPICE BAZAAR (Egyptian Bazaar). BOSPHORUS BY BOAT is a traditional excursion by boat along the waterway separating Europe and Asia. You will enjoy your tour on a luxury private boat. After the Tour we depart for Istanbul Ataturk airport for domestic flight to Antalya. Transfer from airport and check in to your hotel in Antalya.
Dinner and overnight in Antalya.

(Breakfast, Local Lunch and Local dinner included)
After breakfast we will depart for Perge and Aspendos.
PERGE: According to the geographer Strabon. Perge has been founded by Akhas who came down here after the Trojan wars. Perge was first mentioned in 334 BC when Alexander the Great passed through here. In the following years, Perge went under the control of Pergamon when the Kingdom of Pergamon became a part of the Roman city. In the first and the second centuries BC, Perge became one of the richest towns in Pamphylia. Therefore it is not a surprise that St. Paul started his campaign in Anatolia from Perge in 46 AD. After Perge, we will depart for Aspendos. Lunch break on the way.
ASPENDOS: The eastern land of Antalya was called Pamphylia in ancient times. Aspendos (Belkis) lies 47 km east of Antalya in the Pamphylian plain. In 486 BC, Greeks and Persians had a great battle here (Greeks won, they didn’t stay for long). During the reign of the Roman emperor Marcus Aurelius (161-80 AD) Aspendos got its theatre, which is the best preserved of all. It was built by Romans and maintained by Byzantines and Seljuks. The ruins of the ancient city are extensive and include a stadium, an agora, and a basilica.
Dinner and overnight in Antalya.

Day 5
Antalya to Cappadocia by flight

(Breakfast and Local dinner included)
After breakfast at 12:00 check out and free time till departure. Then we depart for Antalya airport for our domestic flight to Cappadocia. Transfer from Kayseri airport to your hotel. The rest of the day is yours to explore Cappadocia.
Dinner and Overnight in Cappadocia.

(Breakfast, Local Lunch and Local dinner included)
Today we will get to know the Cappadocia region, a volcanic area in which the geological formation started 10 million years ago. As a result of these formations phallic like pillars have come to life. The beautiful horse country Katpatuka, (as the Persians called her) is an unbelievable strip of land, enchanting and mysterious. Cappadocia region is also famous for its arts, including ceramic and carpets. You will be picked up approximatley 09:30 from your hotel to join our regular tour. Tour starts with Uchisar Castle, the highest point of Cappadocia. After Uchisar, you visit Goreme Open Air Museum, the Heart of Cappadocia. Goreme Open Air Museum is famous for frescoes dating to 10th century describing the life of Jesus Christ and monks.

Next stop is Cavusin, which is an abandoned village with old cave Greek houses. After Cavusin you go to the restaurant in Avanos to have lunch. After lunch, you visit a pottery work shop, to see how to make potteries. Then you go Pasabagi where you can see three – headed fairy chimneys. After Pasabagi you visit another workshop to see Cappadocian handwoven carpets and kilims. Next stop is Devrent Valley, which is also called Imagination Valley, where you can see natural rock formations looking like animals. Then you head to a wineshop in Urgup for wine tasting. Last stop is Three Beauties, three beautiful fairy chimneys with their hats, which is the symbol of Cappadocia. This tour will end approximately 18:00 and you will be returned back to your hotel.
Dinner and overnight Cappadocia.

(Breakfast included)
After breakfast you will have free time for shopping in Cappadocia. Then we depart for Kayseri airport for our domestic flight to Istanbul and then back to home. We hope your tour was a memorable one and we would like to see you in the future in one of our tours again. Have a nice trip back home and thanks for choosing Antropoti.

TOUR DOES NOT INCLUDE:

Please Note: Hagia Sophia is open on every day, Topkapi Palace closed on tuesdays, Grand Bazaar closed on sundays.
If this hotel list is not available at the time of your booking then we will arrange similar hotels. If you prefer a different category hotel, there might be an additional cost. 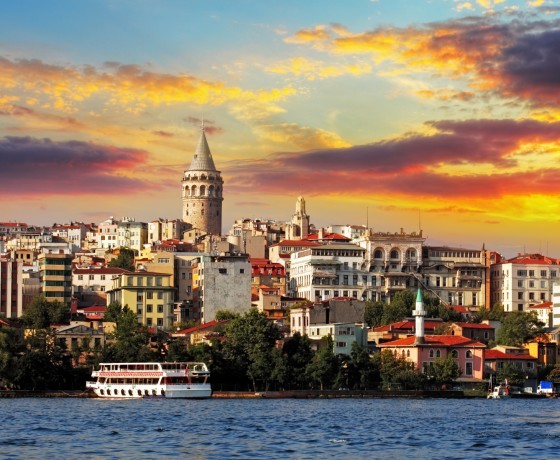 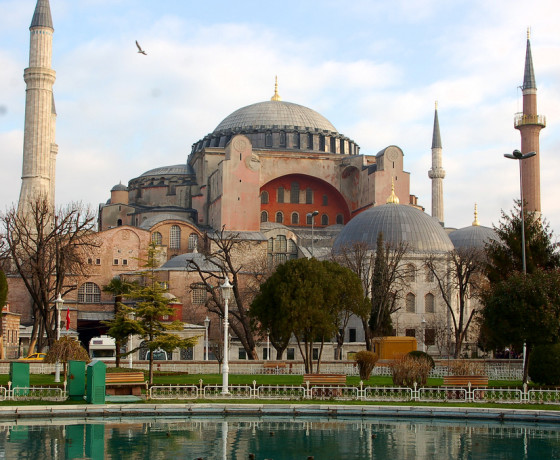 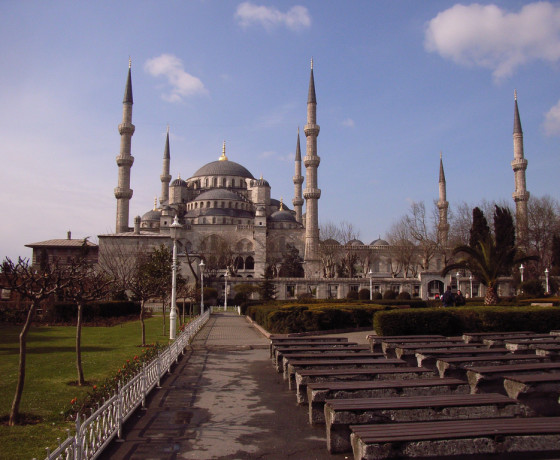 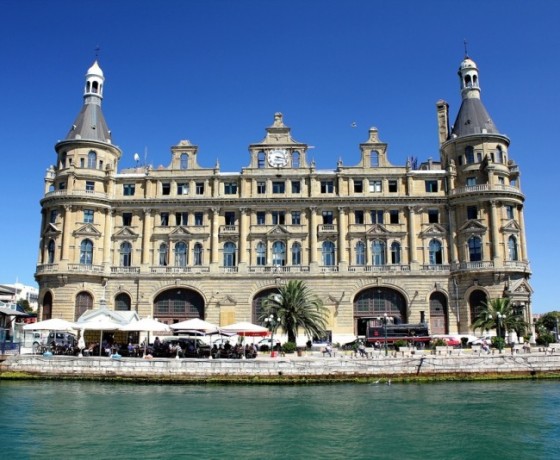 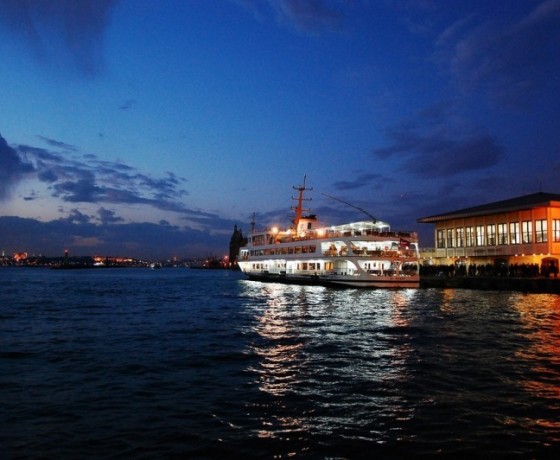 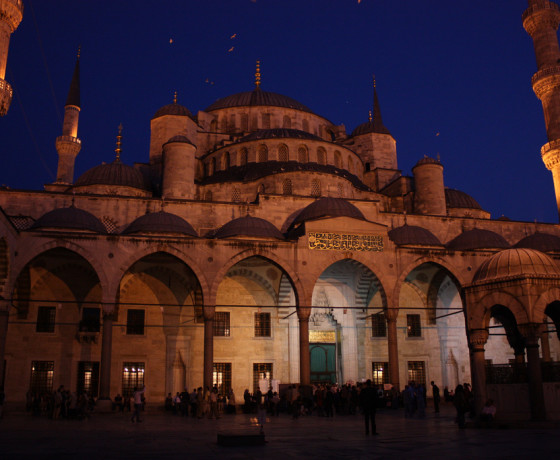 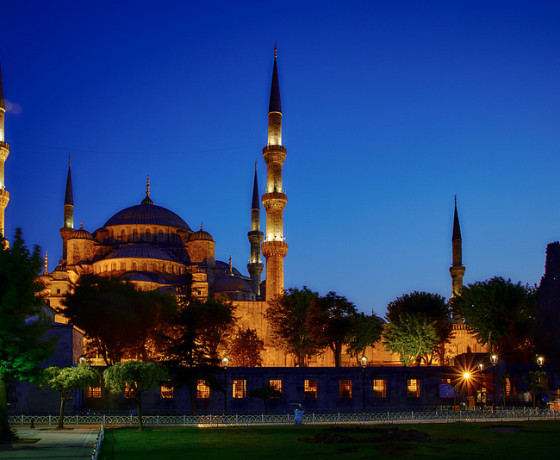 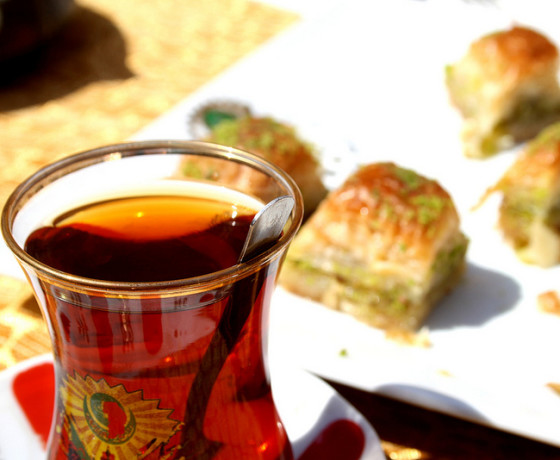 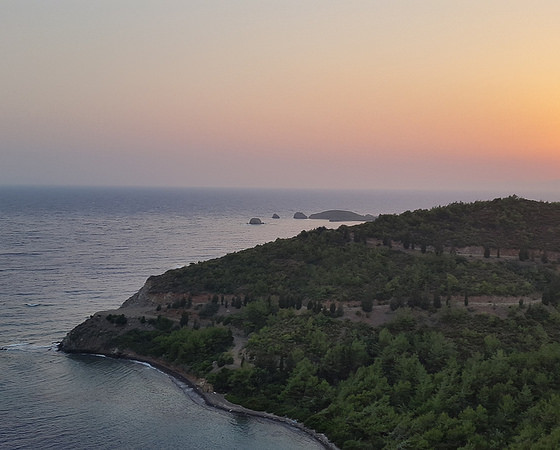 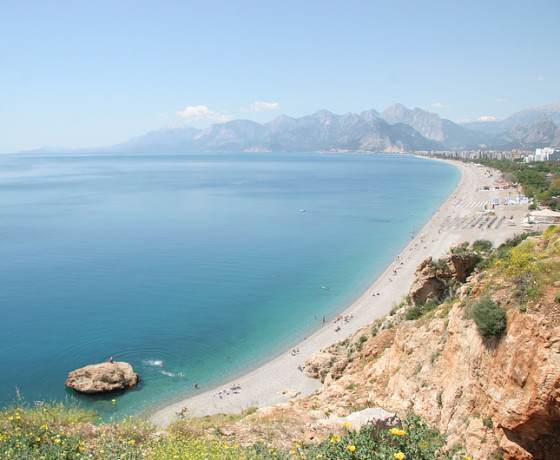 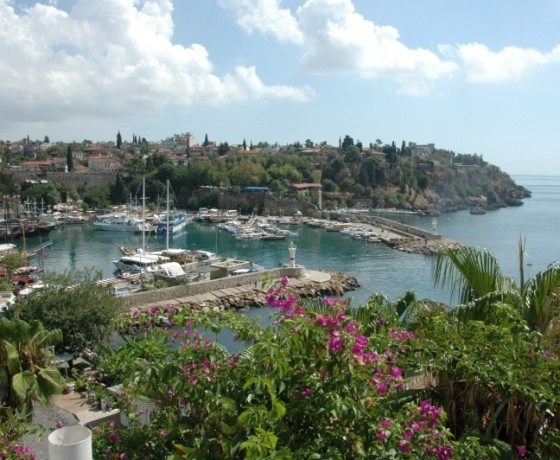 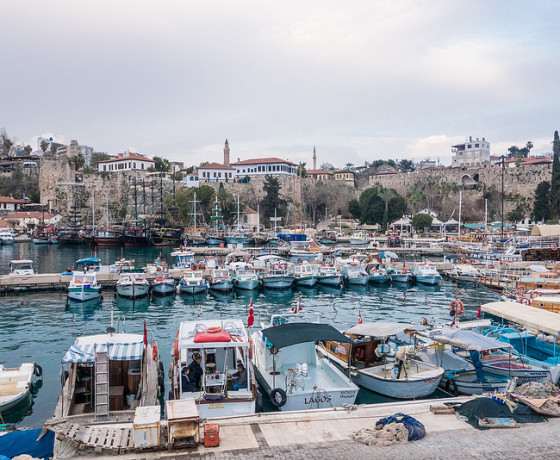 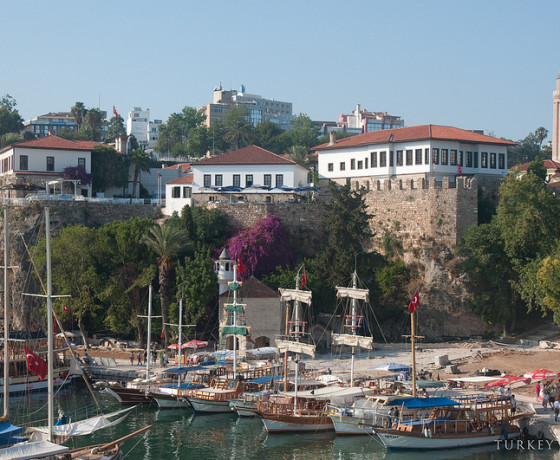 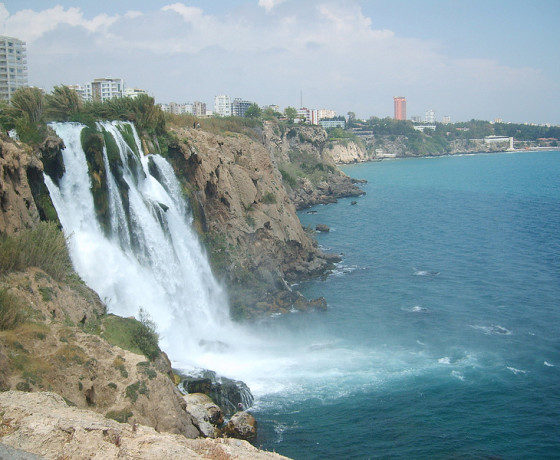 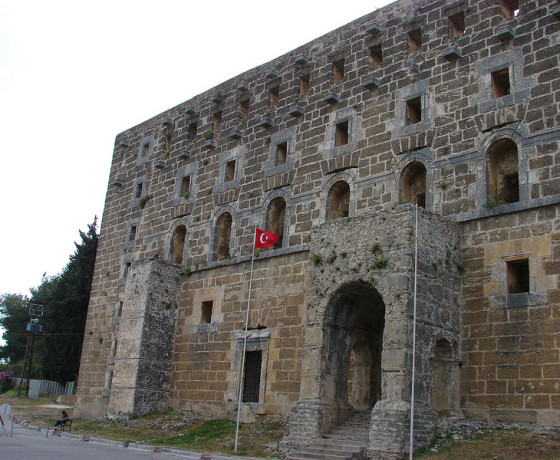 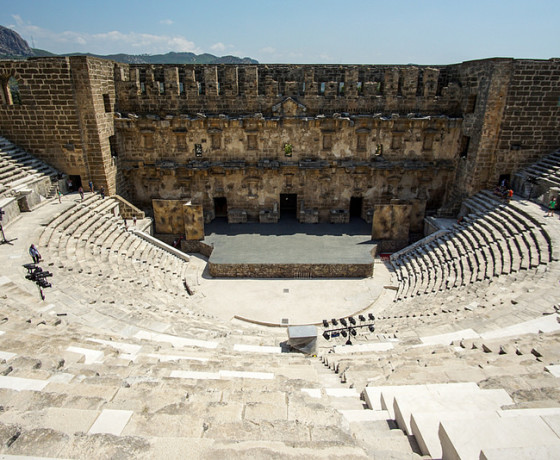 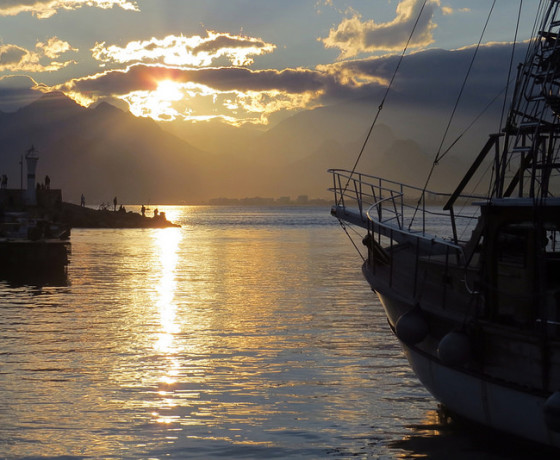 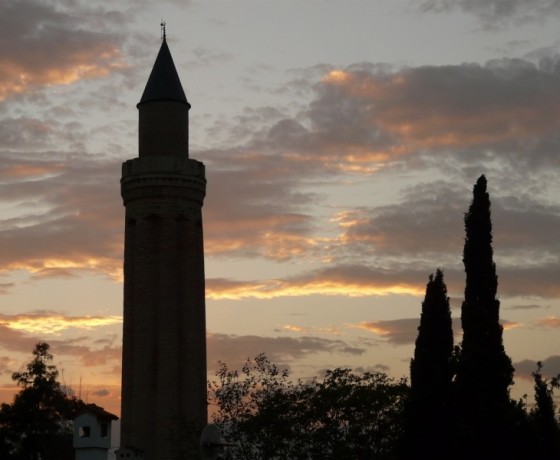 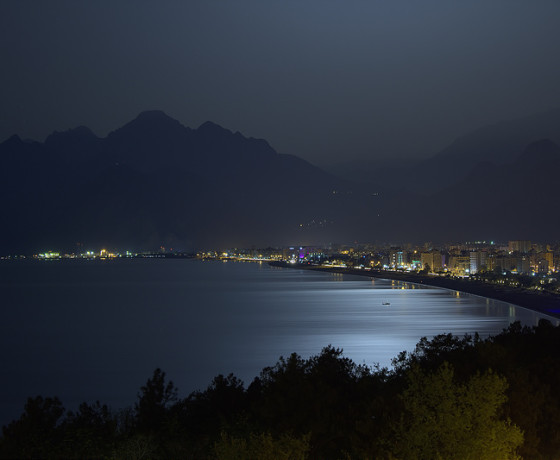 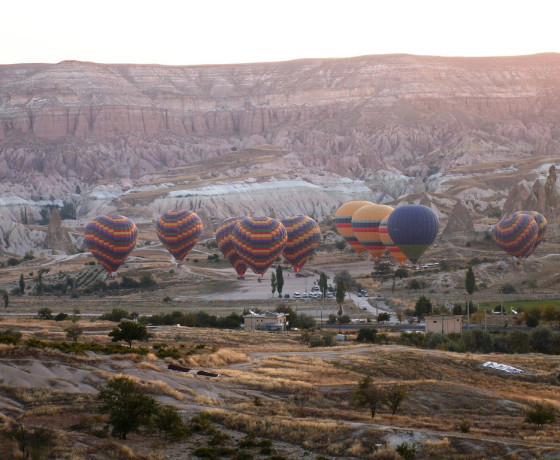 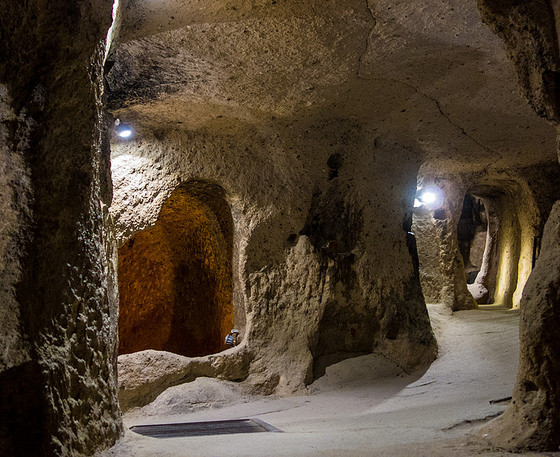 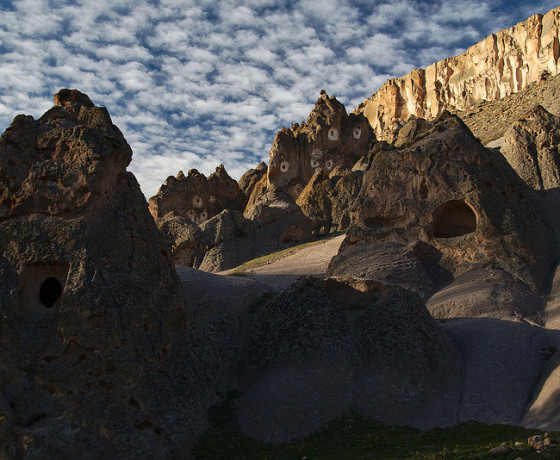 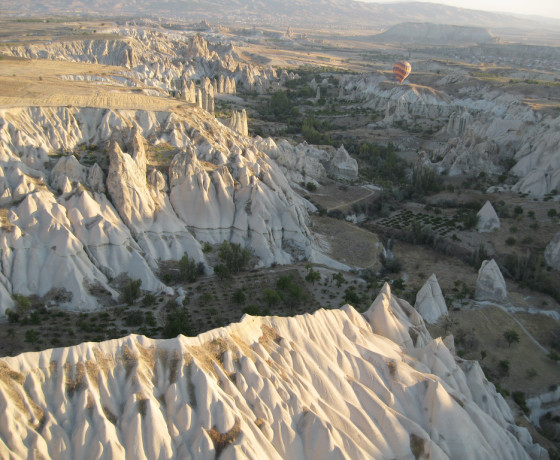 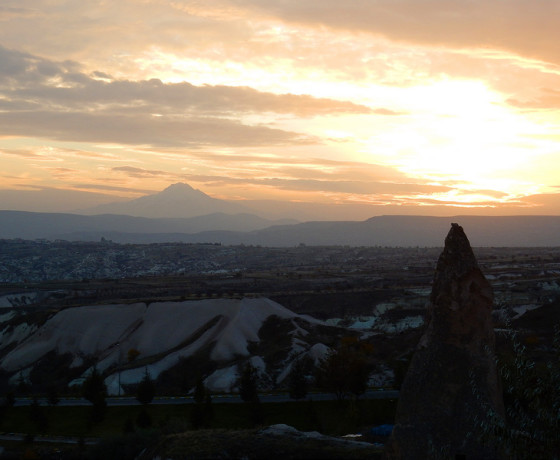 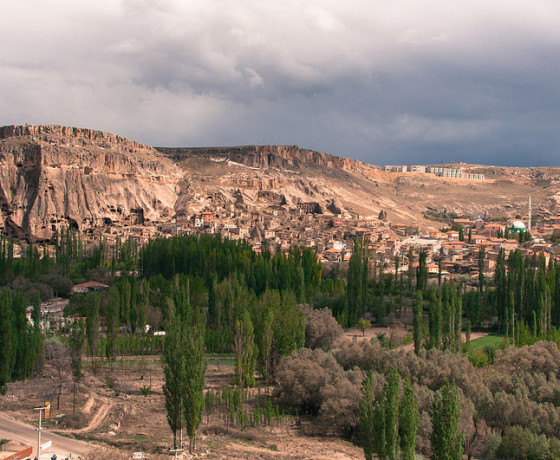